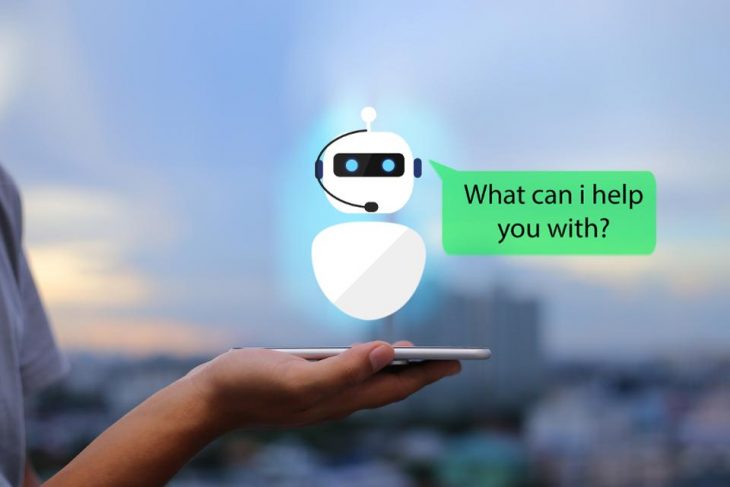 In previous years, Azumi Mobile was overwhelmed with customer calls after the holiday season as users attempted to return smartphones. This year, chatbots helped address that issue.

Alex Cardenal’s numbers looked good even before the holiday return season officially wrapped up. Near the end of January, the chief sales officer at Azumi Mobile said fewer phones were being sent back, questions about products were being resolved faster and call deflection rates were excellent.

A lot of the credit goes to the new guys: the customer service chatbots — virtual agents that answered questions about setup, ringtones and cell phone activation, and who calmed nerves over buyer’s remorse, according to Cardenal. The 2-3% drop-off over that he saw in a segment of returned merchandise compared to the previous year might not sound like a lot, but Cardenal called it impressive given that the bots had been on the job less than 90 days.

“I don’t know yet if it will scale, but we definitely saw an impact,” he said, looking ahead to potential integration with social media and enhanced customer education.

“And what we noticed through the holiday season — and, more specifically, during the return season — is that it is helping reduce that initial buyer’s remorse or the complications of somebody not understanding a device fully,” Cardenal said.

“The bots were specifically impactful in helping our customers quickly understand that, what in their mind was an issue is really a learning curve for them,” he said. “That decreased the amount of returned devices or calls into the call center about whether it’s a software or hardware issue. It definitely helped there.”

Cardenal had been down the road with customer service chatbots before, but shelved the project after considerable investment in capital and time spent by tech teams trying to manage the bots. Now, he’s working with DeviceBits, using the Columbus, Ohio-based company’s self-service platform for Azumi’s customers and CareAssist for its employees.

CareAssist uses a bot technology to whisper in the ear of a human call center agent. Those responses are preloaded during training, but the bots also mature with information fed to them by customer service agents and from the Azumi knowledge base. The bots also integrate with Azumi’s Salesforce CRM to keep the responses and data current.

JC Ramey, DeviceBits’ CEO, said his call center bots have around a 12% higher accuracy rate than humans because they are trained by call center agents on actual user questions, and they don’t get distracted, tired or bored. Bots can deflect more calls, provide more accurate problem resolution and boost a company’s customer experience scores, all of which can translate to budgetary savings and higher share prices, Ramey said.

As digital sales climb as expected based on the trends in digital culture, expect to see more purchases, questions and returns handled online — and by customer service chatbots, Ramey said. He added that millennials don’t like talking to companies, or anyone, on the phone.

Bots track e-commerce activity and use that data

Bots will also have an eye on your shopping cart and metrics around e-commerce, Ramey said.

Remember the last time you were ready to buy an air purifier or a pair of shoes, but then abandoned your cart. Didn’t you get an email reminding you to go complete the sale? That was probably a bot hard at work. Or when you bought a pair of jeans and the site suggested a leather belt to accessorize the look.

“People don’t want a pushy sales individual, but with a bot, they can get a more personalized experience,” he said.

But beware the rush to depending on customer service chatbots. Black eyes do happen, Ramey said, especially if you rush to roll out without enough training or clearly understood brand goals and performance indicators.

Prelaunch, Azumi team members considered key performance indicators that ranked the accuracy of human agents to detect the intent behind a customer query. They looked at call resolution, the ability — for humans and bots — to transition customer support issues into sales opportunities, how many returns were expected and how to make the process more efficient.

“We can maximize opportunities if a bot, by using our data, can recognize clues early in a conversation,” and can reduce the time it takes for someone to return merchandise, Cardenal said.

A dissatisfied or befuddled customer wants as much help available as fast as possible, whether via an electronics retailer’s website, text messaging or social media.

“Some customers are just going to ignore what’s in the packaging and go online,” Ramey said.

DeviceBits bots use natural language processing or natural language understanding and conversational interactions to solve those problems. They’re betting customer service chatbots can help your analog-loving sister who swears she will never allow an Amazon Echo on her kitchen counter, as well as your uncle, who thinks the new smart phone you bought him is way too complicated to replace his clamshell model.

A bot can either simplify the return process — and build in bonus points for the company’s reputation — or help customers understand the basics of their products so they realize they don’t have to return them. Either way, friction is reduced and the customer leaves happy, Cardenal said.

Azumi, which is working to gain traction in the Americas, turned to virtual agents to differentiate itself in the high-stakes mobile marketplace.

“We need to make sure our support is top notch,” Cardenal said. “The biggest impact we can make is just keeping happy customers so they continue to buy. Even if they do return the phone, you want the experience to be pleasant.”

The return on investment looks as though it could be substantial, Cardenal said, though it’s tough to tell with the pay structure, the amount of work that falls on the Azumi team and the relative youth of customer service chatbots. But, when pressed, Cardenal said he’d “spitball eight to 10x” ROI.